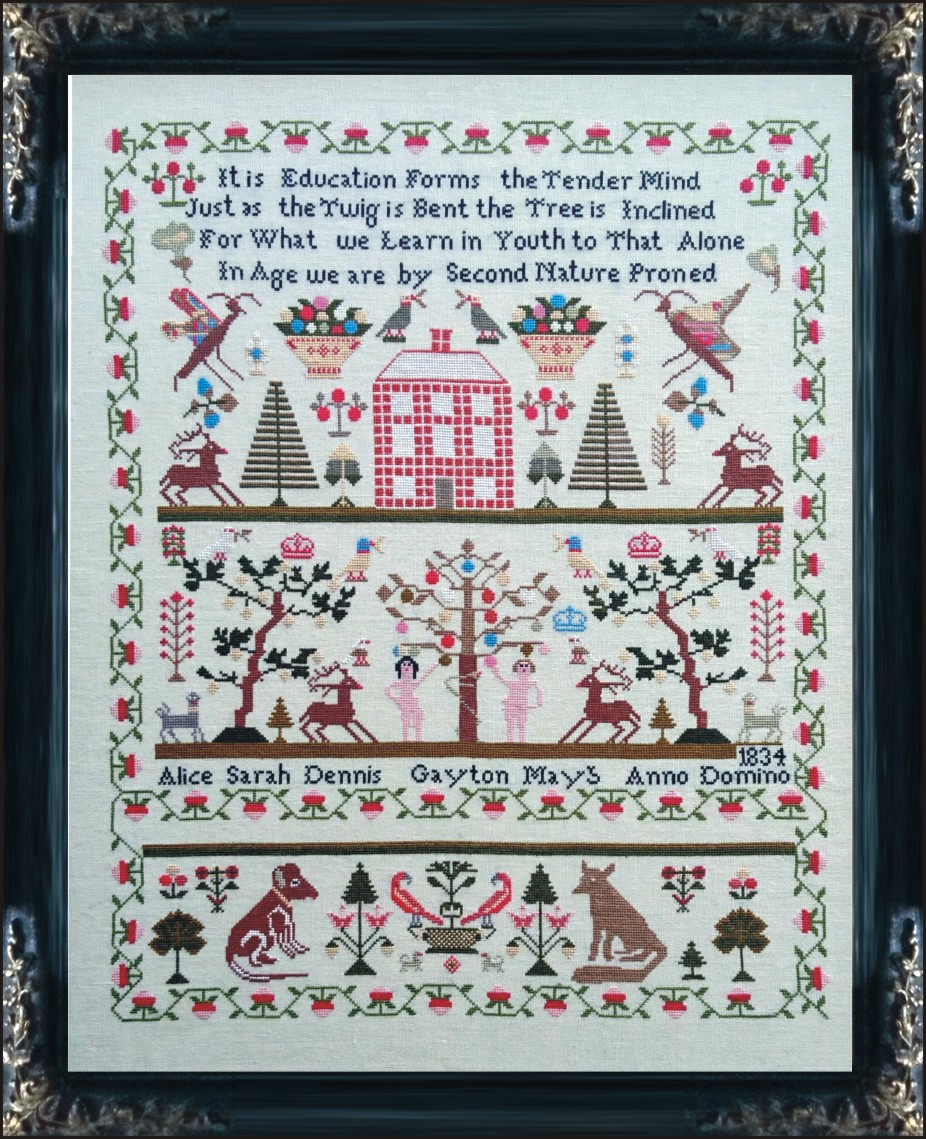 Alice was the first child born to Norfolk mill worker Edward and his wife Maria in 1816.  The Napoleonic Wars had just ended and it was a time of great political upheaval and unemployment.  The family suffered poverty and Edward, spent a period as an itinerant labourer before the family finally settled at Gayton Mill.  Here Alice stitched her beautiful sampler and here she died in 1844 at just 28 years old.

Alice chose to take her verse from two works of literature:

“It is education forms the tender mind.
Just as the twig is bent the tree is inclined”

“For what we learn in youth to that alone,
In age we are to second nature prone”

A strawberry border encases three ‘floors’ of motifs and text.  The top ‘floor’ shows motifs of baskets of fruit, birds, trees and a house accompany the above text.

The second ‘floor’ is two spreading trees, either side of Adam and Eve in the Garden of Eden and is completed by Alice attributing the work to her, the place and the year.

It is possible that Alice sort to finish her sampler here, as, underneath this, we have a row of strawberry border, separating a final ‘floor’, consisting of birds and flowers and two impressive dogs.  Maybe they are Norfolk terriers and maybe inspired by Alice’s dogs but their addition completes a very pretty sampler.

Alice was born on 6 August 1816, Clenchwarton, a small village, 4 miles to the west of the town of Kings Lynn, in the county of Norfolk, England.  It was a time of great politic2al and social upheaval in the country, being a year after the end of the Napoleonic Wars, and the booklet comes with a full biography of Alice, along with social background and historical timeline to her life.

The model was stitched on 40ct Zweigart Linen in AVAS d’Alger.  The booklet is produced in full colour with both colour and symbol blocks and there is a page overlap of 5 rows for ease of use when changing pages and thread legends for both AVAS and DMC. 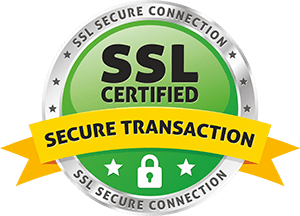 Copyright © 2022 Mill on the Floss Samplers. All rights reserved.

This website uses cookies to improve your experience while you navigate through the website. Out of these cookies, the cookies that are categorized as necessary are stored on your browser as they are essential for the working of basic functionalities of the website. We also use third-party cookies that help us analyze and understand how you use this website. These cookies will be stored in your browser only with your consent. You also have the option to opt-out of these cookies. But opting out of some of these cookies may have an effect on your browsing experience.
Necessary Always Enabled
Necessary cookies are absolutely essential for the website to function properly. This category only includes cookies that ensures basic functionalities and security features of the website. These cookies do not store any personal information.
Non-necessary
Any cookies that may not be particularly necessary for the website to function and is used specifically to collect user personal data via analytics, ads, other embedded contents are termed as non-necessary cookies. It is mandatory to procure user consent prior to running these cookies on your website.
SAVE & ACCEPT

36ct Linen is currently on a 4 week back order with Zweigart. I do have some pre-cuts so please email me before ordering, however, our stockists do have this count and you can find their website links under the "Trade" tab. Dismiss